The migrant workers have been hit the hardest in India, says Kuki Rokhum, director of Training and Mobilisation with the Evangelical Fellowship of India Commission on Relief (EFICOR) based in New Delhi, in our PaRD Podcast. 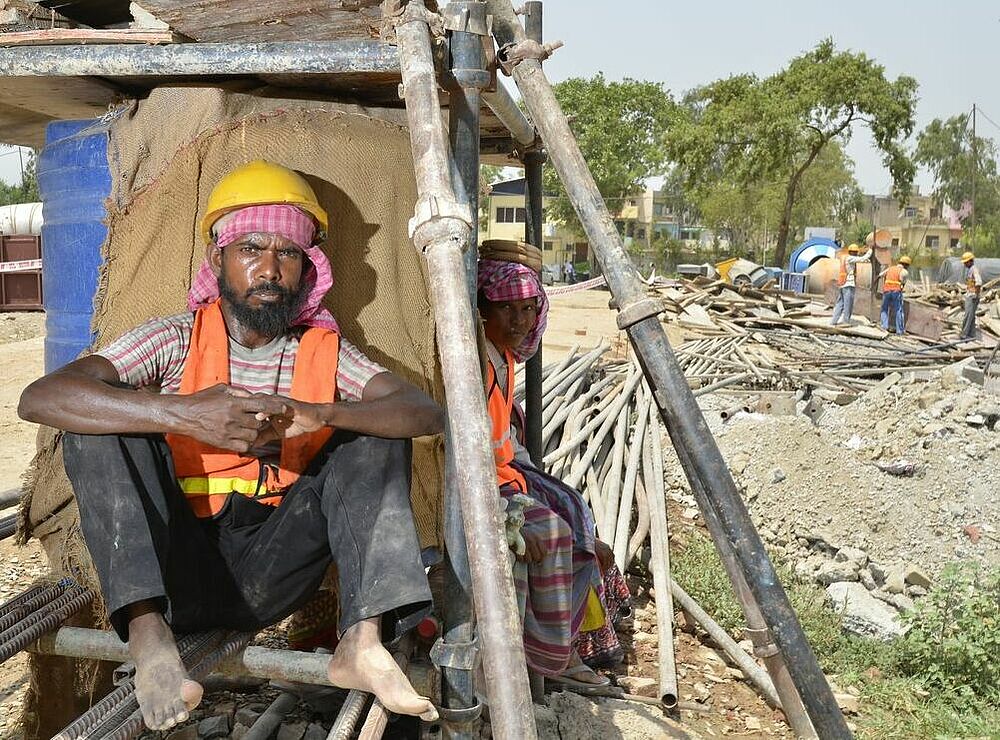 Religious communities and actors can and have shown to be sources of guidance and support, sharing the responsibilities of care and acting as a support network to vulnerable groups during the COVID-19 pandemic. In many contexts, faith actors have played an important role through creative and practical approaches to alleviate the impact of COVID-19 measures and effects on vulnerable populations.

PaRD’s contribution to Geneva peace week 2020 was a dialogue with local and international religious actors who are each addressing the challenges COVID-19 has had on their community. This podcast is a collaboration with Islamic Relief Worldwide, World Vision International, Side by Side and World Evangelical Alliance, who lead PaRD’s work-streams on Health, Gender, Environment, Water and Climate Action, and Peace.

It will take you to Delhi, Birmingham, the Democratic Republic of Congo, Myanmar, and Thailand, to see what faith leaders and representatives of faith groups have done in the response to COVID-19 … what were some of the successes and challenges that they faced, and what stories of hope emerged from their experiences. I am looking forward to having you listen with me today.

Interview with Kuki Rokhum, who is based in New Delhi India. She is the director of Training and Mobilisation with the Evangelical Fellowship of India Commission on Relief otherwise known as EFICOR.

In your experience, which communities have been most hit by the challenges of COVID 19?

Kuki: I think COVID-19 hit, you know, the entire community, the entire world at the same time. You know, many people have been sick in India because of it, many people lost lives. But one of the most hard hit by COVID-19 in India are not just the ones who have been sick because of it or have who have had to face the stigma because of the virus, but the poor! The poor, especially the migrant workers, the migrant labourers who have had to suffer the economic impact of the lockdown because of COVID-19. [They] have been hit the hardest I think in India, particularly in the communities where I live in Delhi. And the saddest thing is that – because they had no place to live anymore- a lot of the migrant workers in India had to walk back home. They had to walk hundreds, some of them more than thousand kilometres, because all transport was stopped. But I think one of the things that we greatly mourn in India is the impact that it has had on all the migrant workers who have lost their jobs, who lost everything, many lost their lives as they walked home.

That sounds like a challenging and difficult situation, How have you seen communities respond to these changes that they are seeing around them?

Kuki: I have been amazed at the way that the communities – whoever they are whatever they do – have just rallied around so much to address the needs of people around them. You know, as you introduced, I work for a local Christian NGO that works in different parts of India. And we work with these migrant workers in the villages and in the cities as well. And so much of the first donation, the first response came first from our own staff, because there was no time to write to donors and ask for them money or our supporters from around the world. But we had to respond, we knew that we had to do something immediately. So, the first responders, even in the terms of giving money for this, were our staff. And then it was people associated with us: Local communities, local churches, who just gave, who wanted to desperately help people, because they heard it in the news, they read about it, they have seen people in Social Media suffering and they really wanted to give. So, I was amazed and so blessed by the fact that so many people in the different organizations that we belong to, to the different churches and individuals came together and gave so much money for the support of this.

I think that really is a testimony to the importance of working with local faith communities. I mean as you described faith communities really acted as first responders here in this instance and we really see that. And so, I guess I am interested what are the kinds of needs your local church community responding to in these first days and weeks as the COVID crisis started to have an impact?

How has the role of faith leaders evolved as a result of COVID 19?

Kuki: You know, I was also very encouraged to hear from many mission organizations, you know those who never focussed on the social aspect of work, who never regularly did these kinds of things – so many of them had to respond, because they had no other choice but to respond. They could not just see people suffering, people going hungry, people in great need. They just could not see that. And so, they also became very active and engaging. And the interesting thing is that these organizations then have come back to us now, in the recent past saying “Please teach us! Teach us skills so that we can respond better even in the future.” They said to us: “We don’t want this to be a onetime thing, that we do only because of COVID, but we want to respond more and more to the social needs of the community. And COVID was something that really taught them the need and the way that they could respond to the social needs. That was really, really encouraging.

As a Christian organisation, have you worked with other faith communities in your response to COVID-19?

Kuki: Yes, I think in a country like India … you know, we work with all faith communities. Everybody has a faith and everybody … you know most people come from different faiths. So, I think in the work that we have done, the people that we have served, the people that we have worked with, the people we have rallied around with have been people of different faiths. But there was one interesting incident, especially in the beginning of the lockdown, when there was so much fear about COVID-19, and how it could affect people and how lives could be affected – we didn’t know how dangerous it was at that time – our staff were giving out relief and they went to different slums where people are in great need. And I know there was one slum where you know, we could have given food to everybody, because everybody was in need. But we just didn’t have enough to do that and so we have chosen specific families who were the worst affected or the poorest in the community. And a riot could have started, because everybody wanted something. But the local temple, the local Hindu temple there, the priests of that temple you know have a very important place in the community. So, they were the ones who helped our staff to manage the crowd, to identify those people. And the temple was actually used as a distribution place, so that people would come and collect the food materials that we were giving out from the temple. So that was an excellent example of different faiths working together. It didn’t matter at that time what faith you were, what faith you know, you were helping. All that mattered was that we worked together so that the neediest could be served.

So, Kuki, you have already talked a bit about how you received financial support initially, but could you describe to me a bit more the challenges and opportunities you experienced or saw when going about getting funding for the work EFICOR?

Kuki: When we first started out with our COVID-response, the biggest challenge was and is that is not a disaster that is isolated in one region or in a particular community. COVID-19 has affected everybody. And what we found was that even our regular donors were not able to respond as they would respond to perhaps a flood in some part of India or something like that – everybody was affected. So, it was very challenging for all of us. And a lot of our traditional donors those who regular support us were able to give support only to the communities that they already worked with. That was a bit restricting although it was a blessing. But as EFICOR we were blessed because we were able to work with businesses and corporates. Now that requires skill – not everybody is able to have those connections, is able to meet the requirements of corporates, of businesses who are willing to support in such circumstances. And not everybody knows, because if you don’t have a relationship or you don’t have a connection with these businesses and corporates, there is no way that you can suddenly make a connection in these times.

Listen to the full podcast