Engaging religious actors across the globe to fight AIDS and HIV

The role of religion in shaping an effective global response to HIV and AIDS in a post-2015 framework was prominently featured at the AIDS 2016 conference in Durban, South Africa. 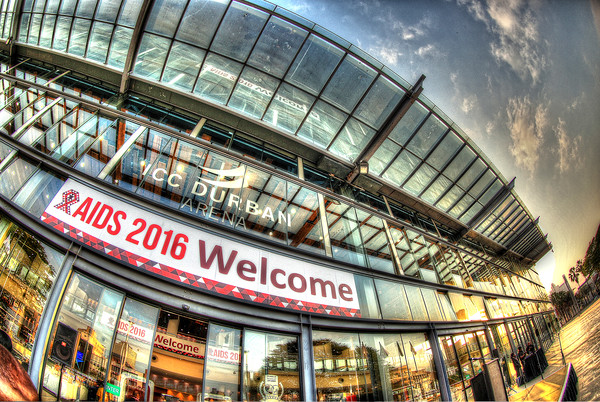 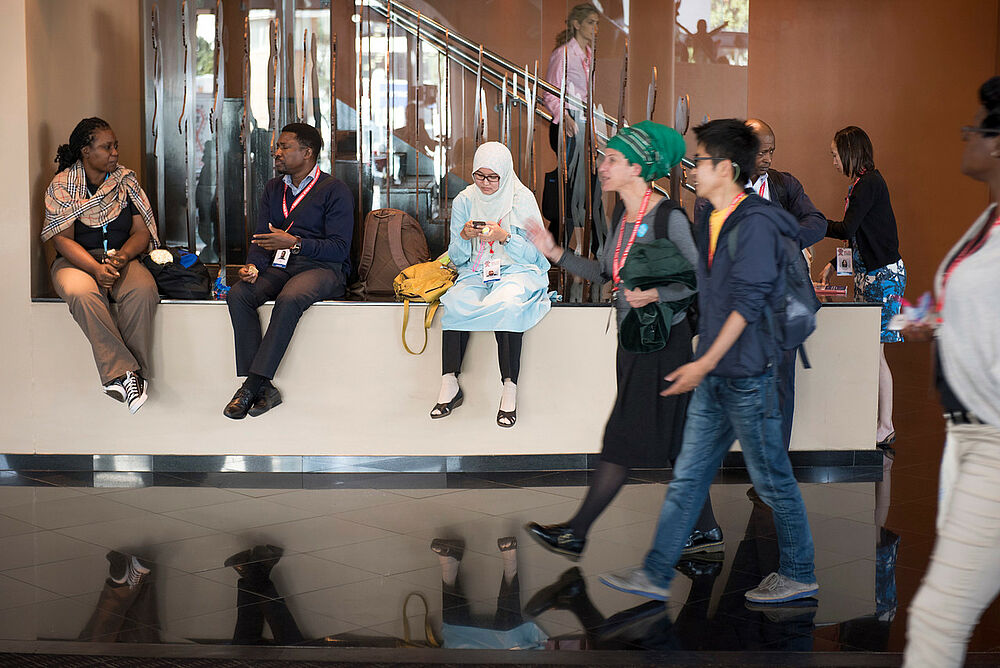 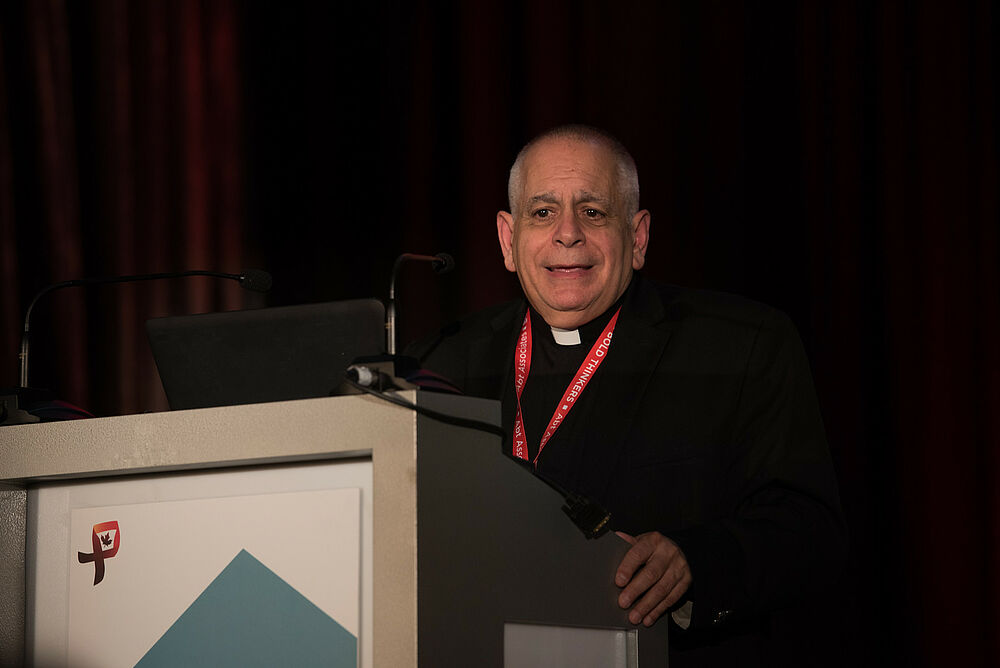 HIV and AIDS leave no country unaffected. In 2015, 36.7 million people were living with HIV, including 2.6 million children. The virus thrives in situations of poverty and vulnerability, and hits adolescents, young people, women and key populations the hardest - according to the UN Political Declaration on HIV and AIDS most notably these are people who inject drugs, sex workers, men who have sex with men, transgender people, and prisoners. The disease generates stigma and discrimination while eroding the capacities of institutions and systems. Any response to such a global challenge requires the broad mobilisation of communities and institutions from all parts of society.

The enormous outreach of religious and faith-based organisations to local communities represents a vital asset as part of a comprehensive and sustainable response to the epidemic.

Religious organisations (ROs) are substantial partners in the delivery of care, treatment, and support to those suffering from HIV and AIDS in some of the most rural and poorest areas of the world. The strong linkages between faith based health care facilities and community-based healthcare place them in an ideal position to mobilise and support rapid scale-up of HIV testing in communities, and support retention in care. Currently, up to one-fourth of all HIV treatment and care is provided by faith-based organisations. In addition to providing immediate support to people living with HIV, ROs use their networks on global, national and local levels to advocate for scale-up of effective, evidence based and safe preventative measures aiming at decreasing infection rates. They are engaged in fighting social stigma related to HIV/AIDS and advocate for a fully funded AIDS response. To that end, faith based organizations have issued a call to action on AIDS (please find the link on the right).

After 35 years of responding to the epidemic, the scientific and medical community now has the knowledge to end the disease as a public health threat. However, the response to HIV is currently at a critical juncture: ‘AIDS fatigue’ in public discourse and policy threatens to reduce investment in the fight against HIV and AIDS and the next five years are critical to overcome the epidemic. If efforts to fight HIV are not intensified, relief efforts by the global community are at risk to be outrun by the disease.

The 21st International AIDS Conference (AIDS 2016) was hosted in Durban to advance a clear agenda for the global response to HIV and AIDS in a post-2015 framework. Organisations, leaders and activists representing all parts of the global community gathered to discuss this crucial task in South Africa on this occasion from July 18th-22nd, 2016. In order to prevent this resurgence of the disease, UNAIDS has initiated a Fast Track Initiative to rapidly scale up the international response to it. The organization has laid out ambitious 90-90-90 targets for the Fast Track to ensure the disease is defeated by 2030: By 2020, 90% of people will know their HIV status, 90% of all people with diagnosed HIV infection will have received sustained antiretroviral therapy and 90% of all people receiving antiretroviral therapy will have viral suppression.

A strong faith response is crucial to achieving the Fast-Track Targets by 2020, and to ending AIDS as a public health threat by 2030.

Faith based and religious organisations are crucial partners in reaching the 90-90-90 targets, as they are capable of scaling up and accelerating access to treatment at a local, national, regional and global level through their unique networks. Sally Smith, senior advisor on faith-based organisations at UNAIDS emphasises: ‘Science and treatment on its own are not enough. We need to address the social determinants that are driving the stigma and discrimination that are preventing people from getting tested and staying on treatment.’ Indeed, in some countries such as Iran, social stigma is literally deadly: Almost 60 per cent of people living with HIV in the country take their own lives within the first year of their diagnosis. South African actress Charlize Theron equally emphasised this aspect in her speech at AIDS 2016 highlighting that the disease does not discriminate on its own, but due to social factors: ‘It has no biological preference for black bodies, for women’s bodies, for gay bodies, for youth or for the poor. It doesn’t single out the vulnerable, oppressed, or abused.’

It is of particular importance to highlight the role of religious organisations and leaders in regards to social factors surrounding the disease: They can determine what is provided in local health centres, have the ability to mobilise communities to take up healthcare, and have huge potential to reduce the stigma and discrimination associated with HIV and AIDS. Equally, they can play a significant role in creating welcoming and accepting communities for marginalised and key populations such as LGBT communities. Acknowledging this, an Interfaith Pre-Conference, titled ‘Faith on the Fast Track’ from July 15-17th, gathered Religious leaders and international organisations to discuss three key areas where the involvement of faith- based initiatives is crucial: reducing stigma, increasing access to treatment, and defending human rights.

By understanding the role FBOs play, governments and secular actors can find ways of optimising global partnerships to halt the epidemic as part of the 2030 Agenda on Sustainable Development.

Across the globe, religious organisations are tackling stigmatisation and marginalisation head on. Positive Muslims, an initiative founded in South Africa in 2000, advocates a theology of love and compassion: People with AIDS cannot be denied support and be forced to the margins of society, but rather are to be respected and treated with dignity. In Kenya, an initiative of the Coptic Orthodox church called the Hope Centre has the reputation for providing the best in physical, psychological, and spiritual support for the infected from all parts of society. Equally, Buddhist monks responded to the spike in infection rates in the 1990’s in Thailand by opening temple doors and offering shelter for those suffering from AIDS.

Such examples show how the core values of most religions – compassion, love, and dignity – help in addressing the deadly disease. The AIDS 2016 conference provided the ideal platform to further cooperation between bilateral, multilateral, secular and religious actors in order to build strong partnerships necessary to ensure HIV/AIDS are overcome in due time.