The conference focused on religion and development and highlighted the significance of religious actors for the 2030 Agenda. 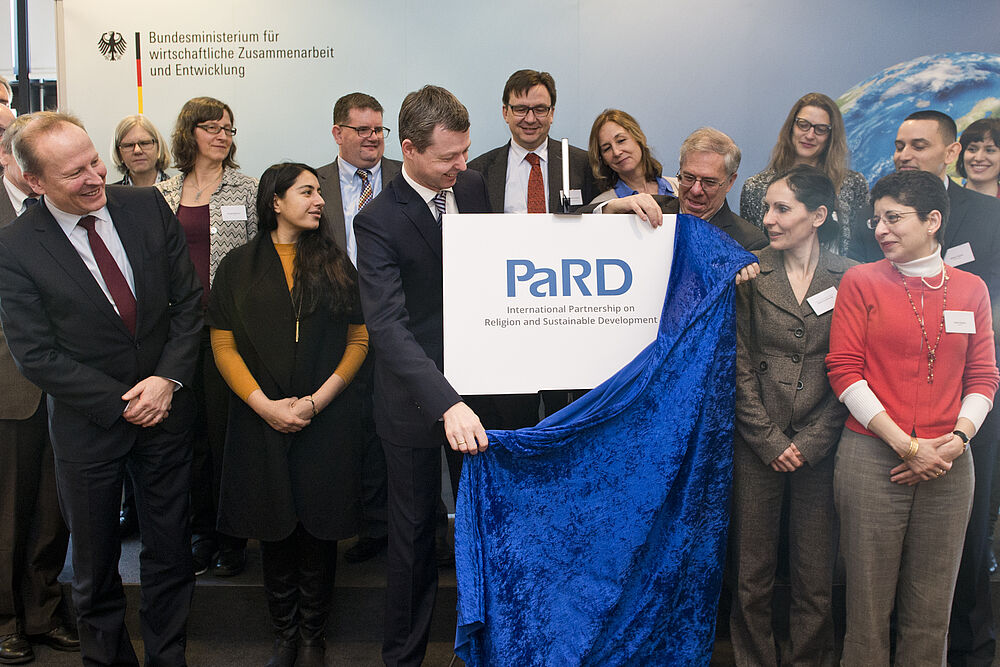 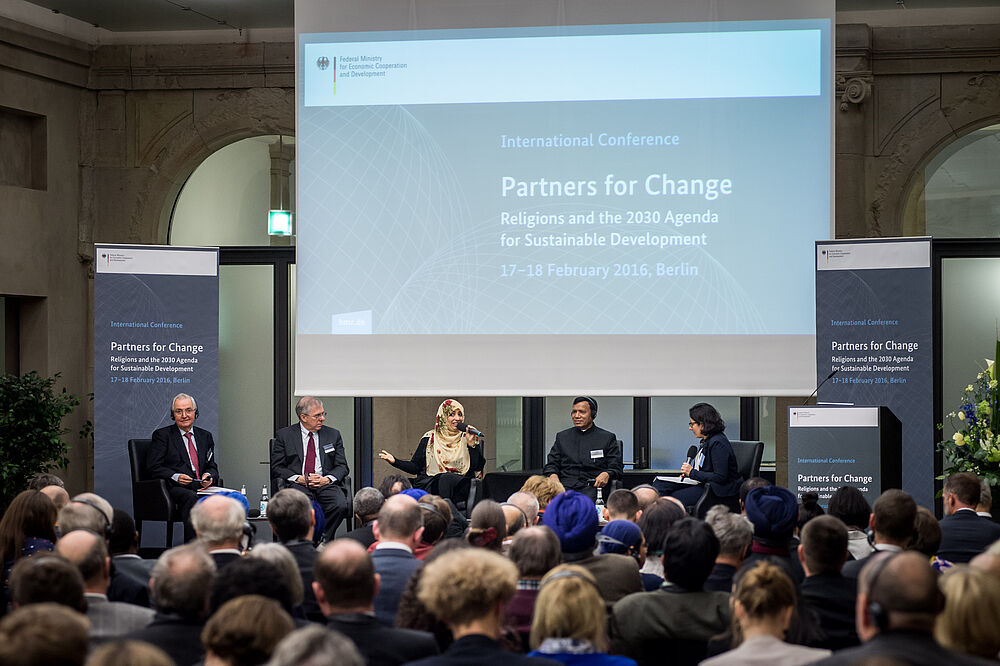 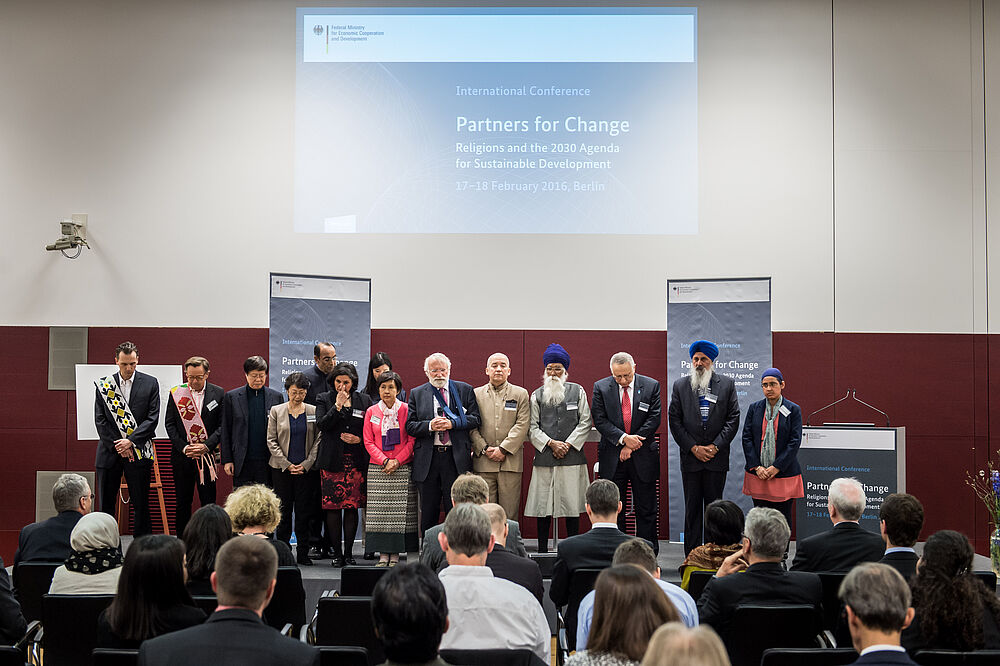 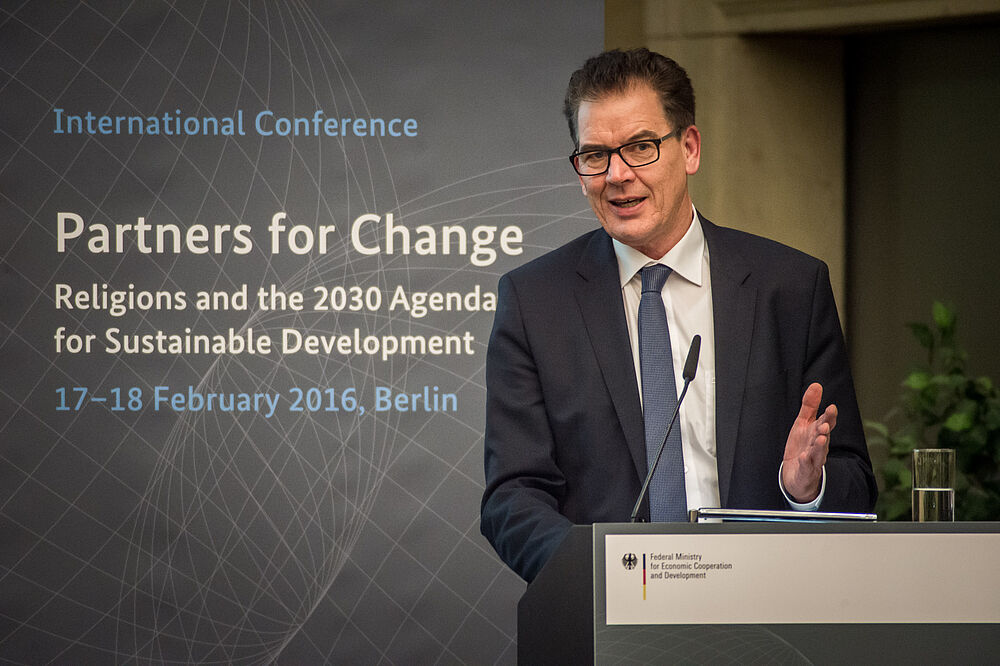 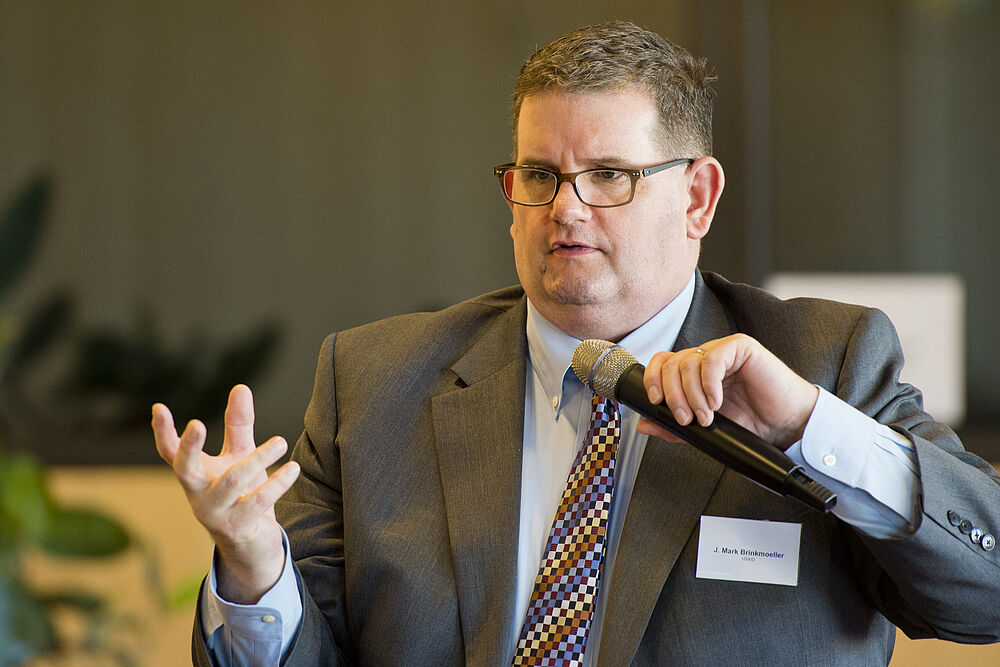 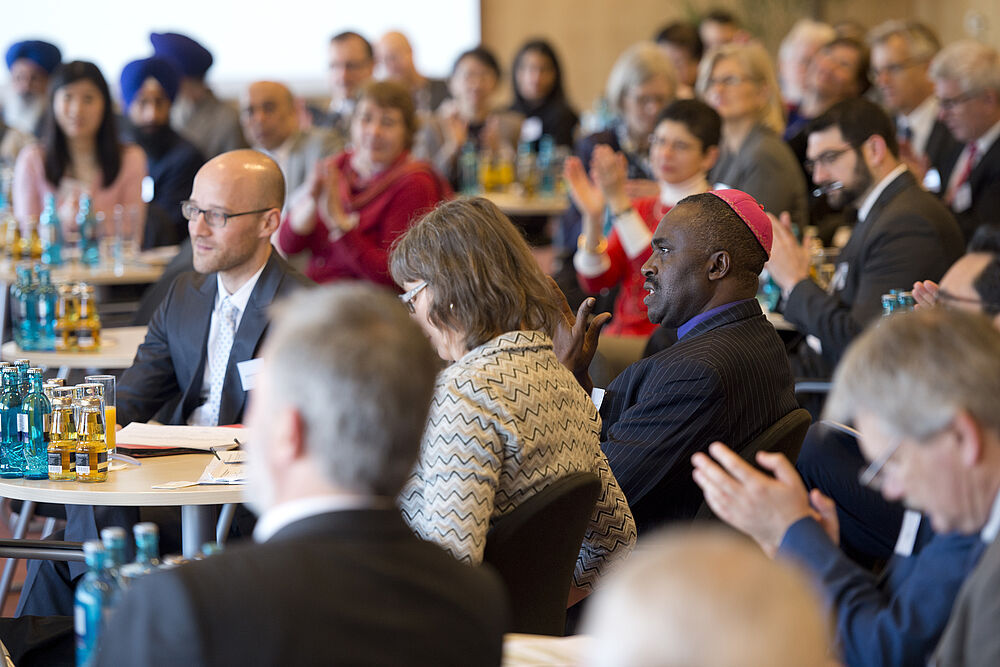 Sustainable Development Goal (SDG) 17 calls for a revitalisation of the global partnership for sustainable development. Without achieving SDG 17, all SDGs and the 2030 Agenda they constitute are unlikely to find solid footing. The collaboration necessary to fulfil these universal goals for our planet requires long-term investment and unprecedented dialogue between parties from all nationalities and cultures. Religious communities around the world are of particular importance in this regard, since more than 80% of the global population affiliates with a religion. Religious values and leaders influence the thoughts and actions of billions of people, and religion plays a crucial role in the field of development and humanitarian assistance.

Religion is a source of strength and resilience in harsh conditions and emergencies. It also inspires millions of volunteer workers all over the world and the unique global and local networks fostered by religious actors reach into the most remote corners of the world.

Religious and faith-based organisation (ROs/FBOs) play a prominent role in providing essential services in healthcare and education as well as supporting victims of natural and man-made disasters. Many of their beneficiaries are among the 125 million people worldwide who are currently affected by wars and other disasters, including 65 million people who have been forcibly displaced from their homes. To ensure no one is left behind and to achieve the goals of the 2030 Agenda, it is crucial to include the positive potential of the world’s religious communities.

To acknowledge the positive role of religion in achieving the 2030 Agenda, the German Federal Ministry for Economic Cooperation and Development (BMZ) welcomed state representatives, religious actors, academics, and international development organisations in Berlin for the “Partners For Change Conference” on February 17th and 18th 2016. Experts and practitioners from around the globe gathered to discuss a crucial avenue for global cooperation, so far underrepresented in the discussion and implementation of international development goals. Strengthening and institutionalising dialogue and cooperation between bilateral donors, multilateral development agencies and religious organisations is essential to better harness the positive potential of religion for sustainable development.

In his opening speech, the German Federal Minister Gerd Müller emphasised that ‘we will only implement this pact on the World’s future, known as the 2030 Agenda, in cooperation with the religious faiths’. During the keynote speech which followed, Reverend Rd. Fykse Tveit, General Secretary of the World Council of Churches (WCC) pointed out several characteristics of religious communities which could further work towards achieving the SDGs. Most prominently among them, Rev. Tveit emphasised the long-standing and reliable networks religious communities maintain all over the world. These provide peaceful channels for conflict resolution and the ability to uphold the rights of the most vulnerable in society – even in places where states lack the authority to do so.

Embodying the diversity that is needed to further the partnership on religion and development, the first panel discussion crossed cultural, religious and professional divides. Two representatives of multilateral development agencies, Eric G. Postel of USAID and Prof. Klaus Töpfer from UNEP, sat alongside two revered representatives of civil society, Nobel Peace Prize laureate Tawakkol Karman, and Sebastian Francis, Archbisop of Lahore. Emphatically, the panellists felt that the holistic and universal approach of the SDGs is key to the 2030 Agenda’s potential. Karman iterated that the universal values at the core of the SDGs – such as freedom, equality, the fight against poverty and the pursuit of good governance – are not new inventions, but shared by almost all world religions. The SDGs are in a way already embedded in the fabric of religious values. Laureate Karmen affirmed ‘we must all play our part in implementing the Agenda and also question established practices in our traditions’. Closer cooperation alone is insufficient. Drawing on his own experience, Mr. Postel emphasised the necessity of leveraging the potential of religious communities to that end. He drew on a variety of cases from Haiti to the Central African Republic to exemplify the power of religious actors in providing essential support to communities.

The universal values at the core of the SDGs – such as freedom, equality, the fight against poverty and the pursuit of good governance – are not new inventions, but shared by almost all world religions. The SDGs are in a way already embedded in the fabric of religious values.

To music played by the Damascus String Quintet, an ensemble of Syrian musicians forced to flee their homes as refugees, the participants reflected on the first day of the conference in preparation for a charged second day. The day began with inaugural presentation of a new international publication titled ‘Voices from Religions on Sustainable Development. The book collected voices from more than 25 inspiring followers, theologians, practitioners and academics from multiple faiths, including Baha’i, Buddhism, Christianity, Confucianism, Daoism, Indigenous Traditions, Islam, Judaism, and the Sikh Religion. Each contribution shared insights on the five dimensions of the 2030 Agenda: Planet, People, Prosperity, Peace and Partnership. Following the presentation, a prayer of silence by the present authors of the publication became one of the strongest unifying moments of the conference.

Three parallel workshops followed, focusing on People, Planet and Peace were designed to find practical avenues to systematically integrate the power of religion in order to help shape international development cooperation. Each workshop, with participants ranging from members of Islamic Relief to the Vice President of the German Bundestag, aimed to draft specific proposals and recommendations for future partnerships between the different actors.

Practically, strengthening partnerships between religious and secular actors relies on a mutual acknowledgement that universal human rights are compatible with religious values. In the workshop titled ‘People’, many noted the tensions between certain religious practices and the universality of human rights. Dr. h.c. Asthma Jahangir, advocate of the Supreme Court Bar Association in Pakistan, asked how women and girls’ rights can be strengthened if they are not given an active, equal position to men in certain religions.

Several practical avenues for cooperation were identified during the discussions, among them the need to strengthen individuals and organisations encouraging the protection of human rights within their own religion. Secondly, in order to promote new partnerships between secular human rights advocates and religious actors, several concrete steps need to be taken. Most prominently among them was the call for a handbook for religious actors on implementing the 2030 Agenda, which could lead to the development of a common development vocabulary that can be used by both religious and secular actors. Thirdly, the interplay between people and planet are of undeniable importance to development cooperation. Rabbi Awraham Soetendorp underscored that the element of shared responsibility embodies the religious and ethical dimension of sustainability, and that joint interfaith statements could be made on planetary responsibility, helping to counter peoples’ environmentally harmful lifestyles from childhood.

At a time when 43% of the world’s population are under the age of 25, engaging the world’s youth in the implementation of the SDG’s is key.

At a time when 43% of the world’s population are under the age of 25, engaging the world’s youth in the implementation of the SDG’s is key. Reverend Jack Mamven, the Youth Pastor in the Pentecostal Fellowship of Nigeria (PFN), spoke of his work engaging Nigerian youth through the church. Young people, the predominant group enlisted into violent extremist groups such as Boko Haram, are encourage by PFN to reflect that ‘religion in not worth dying over’, instead focusing on the importance of family, youth education programs, and activities such as interfaith sports teams to strengthen communities at a grassroots level. The conference demonstrated how civil society has a large part to play in the success of the SDGs.

To continue such exchange and to follow up on the ideas generated, the International Partnership on Religion and Sustainable Development (PaRD) was inaugurated by German federal State Secretary Thomas Silberhorn in the final remarks of the conference ‘Partners for Change’. Inspired by the vigorous debate, PaRD aims to strengthen collaboration amongst all actors involved in sustainable development – bilateral, multilateral and from civil society. This is a reflection of the importance of the shared beliefs, values and ideas that are vitally important to bringing about holistic change to ensure no one is left behind. State secretary Thomas Silberhorn concluded: “Religions have to provide universal answers to the universal challenges humankind is facing.”