PaRD in South Africa: North and South Learn from Each Other 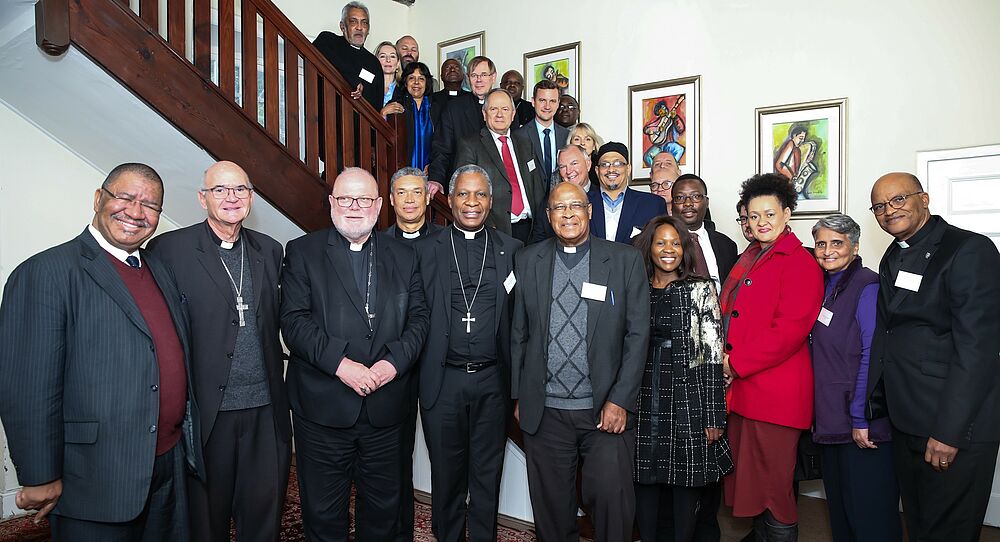 Since 2016, the Partnership on Religion and Development (PaRD) has highlighted the role of religious actors in development and humanitarian aid. However, “in South Africa,” Dr Renier Koegelenberg points out, “religious groups taking on humanitarian work has always been very common.” Koegelenberg is the founder and executive director of the EFSA Institute for Theological and Interdisciplinary Research. At his desk in Stellenbosch, he lists how religious communities have shaped the country, starting with schools and nurses trained by the Anglican church. “Religious communities have historically filled the gap left by state actors in the public system and also in public health,” he explains.

Africa, a Guide for Partnership

The Annual Meeting and General Assembly (GAM) of PaRD is co-hosted by organisations Koegelenberg is closely tied to, the Cape Development and Dialogue Centre Trust (CDDC Trust) and, the National Religious Association for Social Development (NRASD). The agenda shows PaRD’s mission of working towards the Sustainable Development Goals (SDGs) of the 2030 Agenda, and issues relevant to Africa, like Vaccine Inequity, Food Security & Poverty Reduction, Climate Action, and Localising Aid.

Koegelenberg emphasises that Africa can benefit from PaRD, and PaRD and its members can learn from South Africa - where formal cooperation between government and churches is normal. “Covid-19 has shown that religious groups can react quickly to crisis. My dream for PaRD is that it’s where we can come around a table to challenge each other to find solutions.”  Koegelenberg, who has authored several books on the topic, explains that many governments do not have the tools for working with religious organisations.

“I know professionals design publicly funded programs, and they need to have a clear outcome, tick all the boxes that need to be ticked,” but he notes, “in the end, they often fail.” Processes are slower, and he saw projects with a focus on implementors all but stopped during the pandemic, “religious networks were able to continue their work, kept giving food to people within the parameters of what was allowed.” Koegelenberg also accepts that “many faith communities don’t understand the pressure governments are under, both sides need some sort of literacy to work better together.”

Different Paths to the Same Goal

Disparity between donors and recipients makes partnerships difficult. “Faith communities can never be reduced to service providers, and governments tend to use them for that.” Koegelenberg explains, “many churches have experience providing essential services in health and education because governments simply don’t have the resources. The major difference? They do it in a holistic way. Government programs are defined by format, while religious communities focus on the whole person.”

Koegelenberg thinks hubs are needed for a partnership to succeed “where the challenges and benefits can be worked out.” Until now, there were few spaces for regular interaction between governments and secular actors, something PaRD is changing in his eyes.

The churches in the global South, Koegelenberg says, have the resources, the networks on the ground and are efficient. “But”, he asks, “the northern countries giving money, do they recognise both the value of these resources and that they need to work together with these local groups?”

Koegelenberg, who worked on creating South Africa’s NRASD, has a simple formula. Challenges can be overcome if there is agreement to be “more efficient, to make a difference, with limited funding, and to have better coordination.” Because as he says, “what will happen if you don’t work together? Nothing.”

The three-day PaRD event in Stellenbosch, South Africa, will be held on 8-10 November 2021. Over 100 participants from civil society, especially religious and faith-based organisations, governments, multilateral entities, and academia, will attend in person or hybrid format.

The Annual Meeting and General Assembly (GAM) of PaRD is supported and coordinated by the PaRD Secretariat. It supports members in implementing the goals of PaRD. The Secretariat's office is located at the Deutsche Gesellschaft für Internationale Zusammenarbeit GmbH (GIZ), the government owned German Agency for International Cooperation.