Prayers and Policy: How Governments and Religious Actors can meet Sustainable Development Goals together

Research shows that governments and multilateral organisations can be more efficient in meeting some of their development cooperation goals by working with religious organisations and communities. 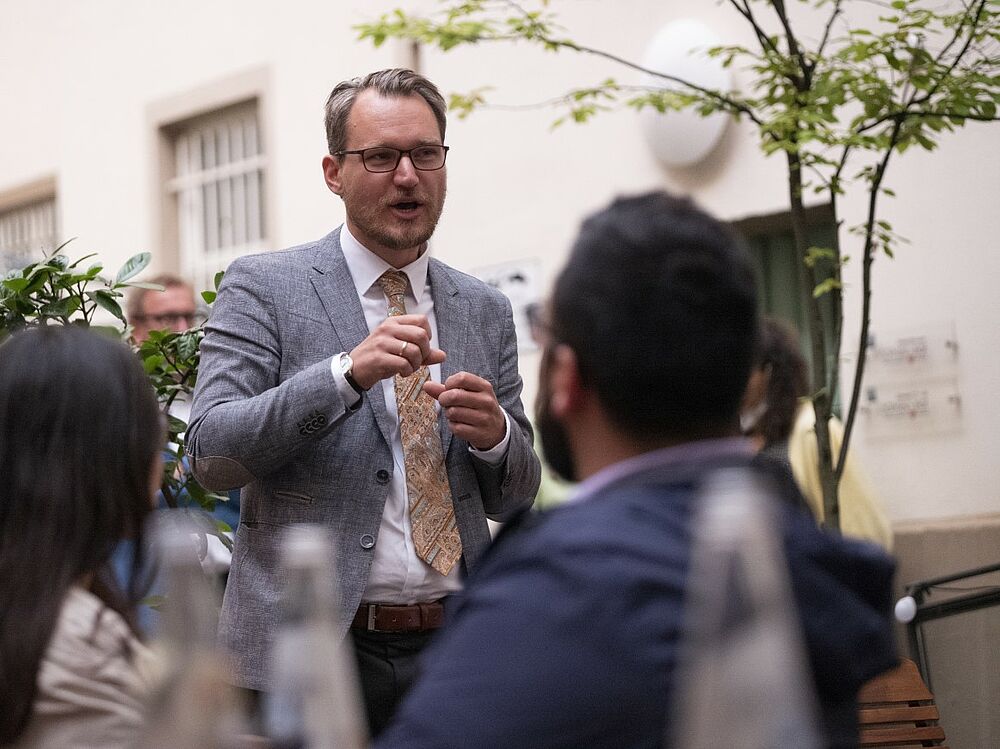 Dr Philipp Öhlmann at a meeting with PaRD members and different religious communities in Berlin. © GIZ/PaRD by Maurice Weiss

Yet, as Dr Philipp Öhlmann points out, “we need to show people the relevance of religion independent of their own attitude or disposition towards it.” He is part of the growing number of authors, researchers, and professionals looking at how governments and multinational organisations partner with religious actors to meet sustainable development goals.

After starting his career as a development professional, Öhlmann now heads the Research Programme on Religious Communities and Sustainable Development at the Faculty of Theology at Humboldt-Universität zu Berlin in Germany. He explains that because of its role in shaping behaviour, religion “shouldn’t be something that only religious people deal with.” Speaking from a classroom in Berlin, he can easily list off studies where religiosity, a strong religious feeling or belief, has been factored into research on socio-economic trends.

Religion also has a proven impact on sustainable development issues, like socio-economic structures, economic behaviour, and attitudes about ecology. As an observable phenomenon in society, religion informs peoples’ actions. Öhlmann explains, “if, for example, we want people to get vaccinated, we need to find out what is it they believe in and what makes them either go get vaccinated or not.”

Academic research and practical examples from over twenty years provide governments and their taxpayers with sound reasons for working with religious organisations in development cooperation. Öhlmann, who researches with several colleagues the intersection of religion and development, says that governments have frameworks that make cooperation with other governments easy. “However,” he points out, “the structures of religious organisations make it possible for them to reach a level of society that government-driven development cooperation is often not able to reach.”

We need to show people the relevance of religion independent of their own attitude or disposition towards it.

Despite these recognitions, there is no singular model for effective partnerships between governments and religious communities. Öhlmann has looked into what religious actors expect from partnerships with development agencies. According to him, religious groups want two things when partnering, “mutual respect and cooperation on equal footing, and transparency.” Also, “governments should not expect religious organisations to become secular implementors; they need to understand that a religion’s convictions will be recognisable in development cooperation and humanitarian aid partnerships. ‘Respect people’s religious identity’ - that was one point almost everyone mentioned when we interviewed church leaders across sub-Saharan Africa,” Öhlmann recalls.

Partnerships with religious networks are an effective alternative to conventional implementation structures. How religious communities and organisations contribute to sustainable development, is being explored and contributed to by many actors. In addition to the Research Programme on Religious Communities and Sustainable Development in Berlin there is the Joint Learning Initiative on Faith and Local Communities in Washington and the Berkley Center for Religion, Peace and World Affairs at Georgetown University, the Unit for Religion and Development Research at Stellenbosch University and the Cluster of Excellence on Religion and Politics at University of Münster.

An important forum for knowledge production and the generation of evidence-based policy advice on development policy and religion is the International Network on Religious Communities and Sustainable Development (IN//RCSD), a global network of scholars and practitioners.

In November 2021, Öhlmann took on the additional role as the executive editor of Religion and Development, a transdisciplinary journal edited by an international scholars and practitioners from the global South and North. The peer-reviewed journal includes research from religious studies and theology to anthropology, sociology, politics, economics, and development studies. Published by Brill, Religion and Development is the official journal of the IN//RCSD.