PaRD's first publication highlights the role of religion in humanitarian assistance on the occasion of the World Humanitarian Summit in Istanbul. 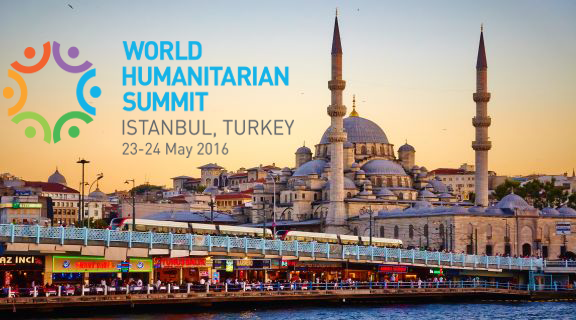 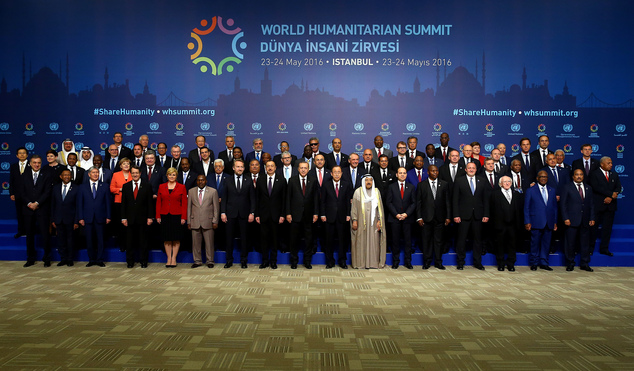 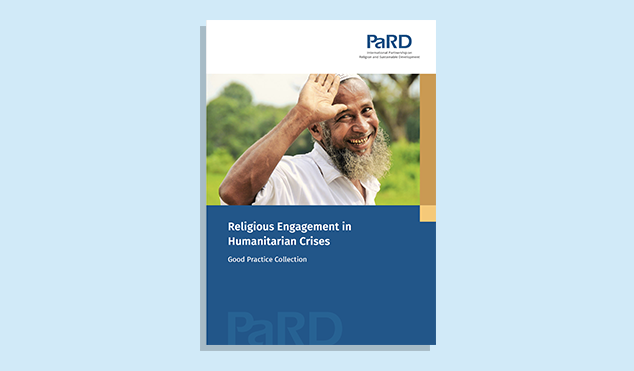 More than 125 million people worldwide are affected by wars and natural disasters, and the number of globally displaced people is at a record high – roughly one person in every 122 of the world’s population have been forced to leave their homes in search of better living conditions. In the face of such acute demand for humanitarian relief from man-made and natural disasters, religion and religious actors have an important role to play in providing crucial humanitarian assistance and as development actors as part of the global effort to achieve the 2030 Agenda on Sustainable Development.

To mark the World Humanitarian Summit 2016, hosted in Istanbul, the International Partnership on Religion and Sustainable Development (PaRD) compiled a series of accounts that highlights selected good practices of religiously inspired responses to humanitarian crises, vividly demonstrating their positive impact. Religious organisations, volunteers as well as leaders increase the effectiveness of humanitarian responses, create purpose and provide orientation in times of crises.

The work of religious actors is characterized by the ability to rapidly mobilise volunteers who are motivated to engage in virtuous work by their spiritual commitment.

Religious organisations have several unique advantages, notably the ability to rapidly mobilise a large volunteer base. This is possible because they ‘are motivated by their religion and not by salaries or careers. Their actions are based on empathy and altruism’, summarises a Sikh volunteer. Religious and faith based organisations have many more advantages, including their ability to maintain unique global and local networks. Through their enduring presence and the high level of trust they enjoy within the community, religious actors can engage with people and religions beyond the scope of state actors who are operating within time bound projects.

During the devastation of the 2016 Ebola outbreak in West Africa, which left over 11,000 dead in Liberia, Sierra Leone, and Guinea, religious leaders engaged with the crisis and spread crucial information among their congregation, advocating alternative safe burial practices to traditional rituals, which involved touching the highly infective bodies of Ebola victims. Christians and Muslims spoke with one voice, reaching people who remained weary of the advice of government bodies, NGO’s and public health services. Without religious leaders presiding over dignified burials and showing local people how to prevent and control the spread of the virus, it is likely that the toll of the deadly virus would have been much greater. Their contribution to the Ebola crisis remains on going, as religious actors continue to rectify the stigma surrounding those suffering from Ebola.

Religion provides a source of resilience to people facing impossible circumstances, not only providing essential services to the victims of man-made and natural disasters, but inspiring hope and empowerment to people at a time when they need it most.

Voluntary and selfless service has inspired Sikhs to provide emergency aid in the wake of natural disasters across the world. Within only one week of the devastating 2015 Nepalese earthquake, Sikhs provided medical assistance to over 1000 people. The beneficiaries highlighted that the presence and assistance of the Sikh volunteers gave them hope to carry on despite all losses and challenges. After the devastation of 2013’s typhoon Haiyan in the Philippines, which left more than 10,000 dead and destroyed 20,000 homes, Muslim Aid was one of the first organisations to provide assistance. Similarly after the deadly 2010 earthquake in Haiti, Buddhist Global Relief (BGR) partnered with locally based organisations already deeply rooted in the community, enabling them to ensure fast and appropriate responses in times of urgency.

Caritas Internationalis (CI), a group of independent organisations working together as part of the Catholic Church’s humanitarian and development mission, have been present on the ground in Syria despite the devastating violence. Not only do CI provide basic services, their human centred approach ensures that educational support, psychological services, and services to help young people are also available. After 2013’s typhoon in the Philippines, Muslim Aid also went a step beyond providing essential material support to more than 2,000 families. Muslim Aid was involved in the construction of nine villages to shelter those who had lost their homes. Beneficiaries were integrally involved in the project, and many were empowered and continued to use the skills they had learnt during the project to further improve their living conditions. In a letter, the beneficiaries of Muslim Aid said ‘we want you to know that you have not just given us material things. The houses you have built for us symbolize hope, love, and protection’.