The right time to open a new page: The first journal on Religion and Development is launched in South Africa

The study of religion and development has it first academic journal, offering a resource for academics, decision makers and religious actors. Its interdisciplinary concept welcomes contributions from across the social sciences and humanities. 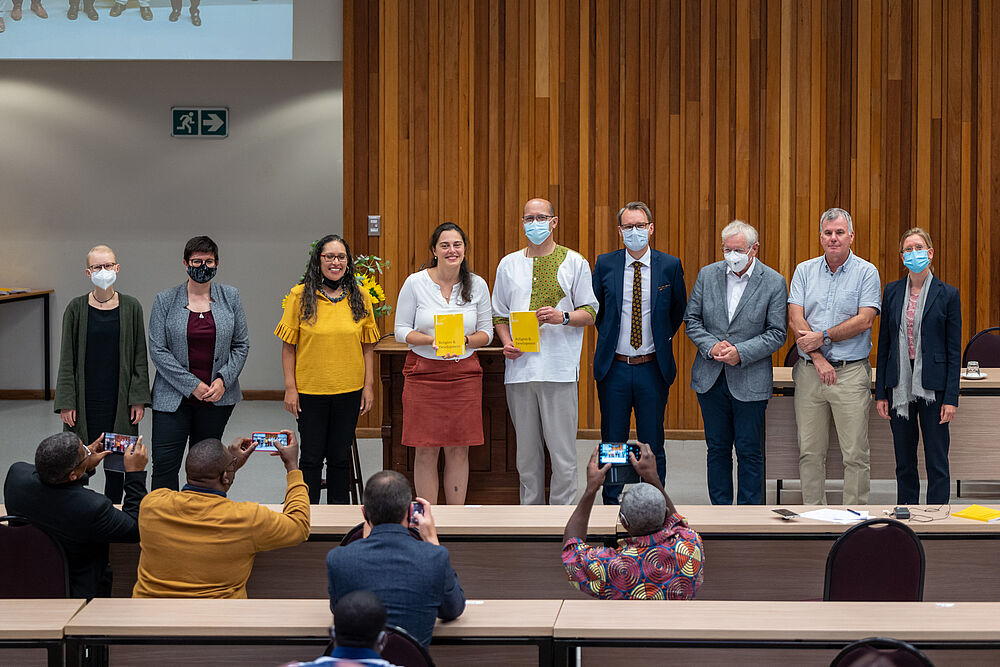 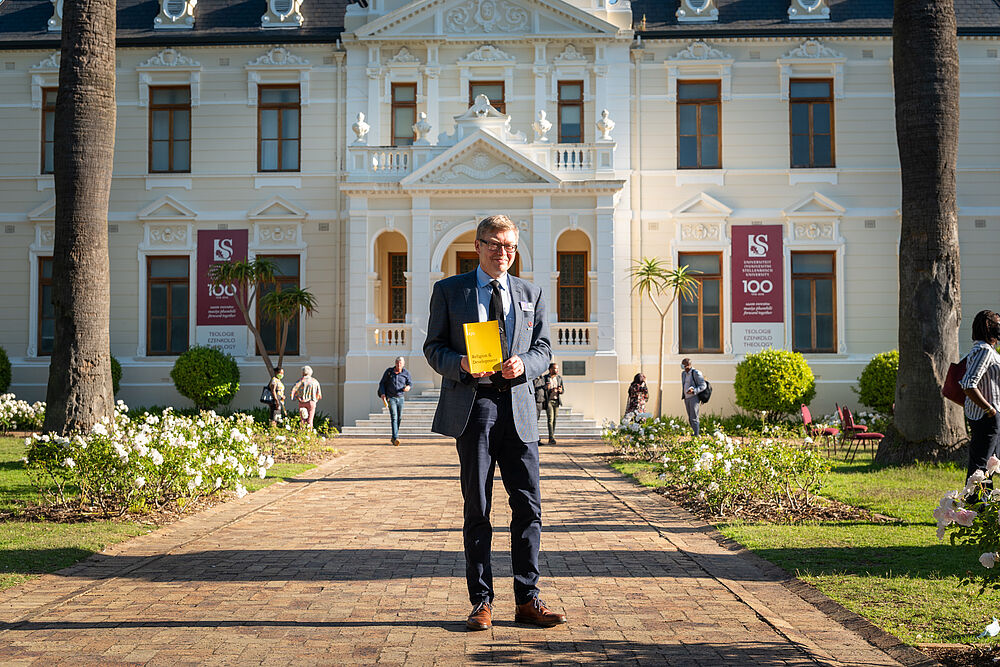 The first academic journal on religion and development was launched at Stellenbosch University, South Africa, in November 2021 during a side-event of the Annual Forum and General Assembly of Members of the International Partnership on Religion and Development (PaRD). The issue has five research articles, two policy and practice notes and two book reviews. The journal’s interdisciplinary concept welcomes contributions from across the social sciences and humanities. The first issue’s contributors from three continents are scholars and practitioners at different stages of their careers with different disciplinary backgrounds. The creators hope to contribute to this field by publishing original, peer-reviewed research.

Published in collaboration with the International Network on Religious Communities and Sustainable Development, the journal’s editorial board consists of several PaRD members, including the Research Programme on Religious Communities and Sustainable Development from Humboldt University, in Berlin, a close collaborator with universities and academics in South Africa.

On 11 November, Prof Nadine Bowers Du Toit from the University of Stellenbosch opened the launch event, which was held in hybrid format. Prof Reggie Nel, Dean of the Faculty of Theology, emphasised the timing of the journal’s launch in the context of both the COVID-19 pandemic and the UN Climate Conference COP 26 in Glasgow, Scotland.

In her welcoming speech, Claudia Jordan from the PaRD Secretariat highlighted how enriching the contributions of the academic participants as Elisabeth Le Roux from Stellenbosch University and Dr Tanya van Wyk from University of Pretoria were for the PaRD Annual Forum and General Assembly of Members. PaRD members also participated in the event held on the campus of Stellenbosch University, including Jørgen Thomsen from DanChurchAid/Act Alliance, former PaRD co-chair. Thomsen authored one of the journal’s articles, focusing on religious actors for gender equality. Other PaRD members from African Union, Interfaith Center for Sustainable Development, Catholic Youth Network for Environmental Sustainability in Africa (CYNESA), Arigatou International, KAICIID Dialogue Center, and Global One from Kenya attended the event.

Dr Philipp Öhlmann, executive editor of Religion & Development, from the Humboldt University, said in his keynote speech: “Religion is displaying a continuing and increasing relevance across the globe, and religious communities are playing a fundamental transformative role in many societies.” Despite many publications on the topic, Religion and Development is the first journal devoted to the subject. “Apart from the academic research, in development policy and practice, there is also an increased acknowledgement of religious actors as crucial stakeholders for sustainable development. The foundation of PaRD and its expansion is one of the most important initiatives in this respect,” according to Öhlmann.

Kirsten Muth, CEO of PaRD member Joint Learning Initiative on Faith and Local Communities (JLI), was one of the three speakers in the subsequent panel discussion titled “Why now?”. As JLI wants to bridge practice and research, Muth sees that “it’s a hugely important effort that this journal will focus on practitioners.” She continued, “We need to find ways to lift the research voices of people who are in the field, contextually living the experience of this work.”

Apostle Dr. Mangaliso Matshobane, Community Church, King Williams Town, spoke about how religion has long been seen as causing more trouble than good in the world. Because of fanatism and extremism, there was negativity and suspicion around religion. “This is the right time to open a new page”, he said. “Especially after 9/11, because that’s where we see extremism in religion. Our world needs to see that religion and its actors are actually positive role players in sustainable development,” he emphasised.

The Journal will be published twice a year on a regular basis with an additional third special issue. There is open access to the journal and it can be downloaded for free here. For information on subscriptions or article submissions, please contact the executive editor Dr Philipp Öhlmann.