Over 300 religious actors, politicians, scholars, and experts – including many PaRD members – gathered in Bologna to discuss their commitment to the Sustainable Development Goals and how to address global challenges. 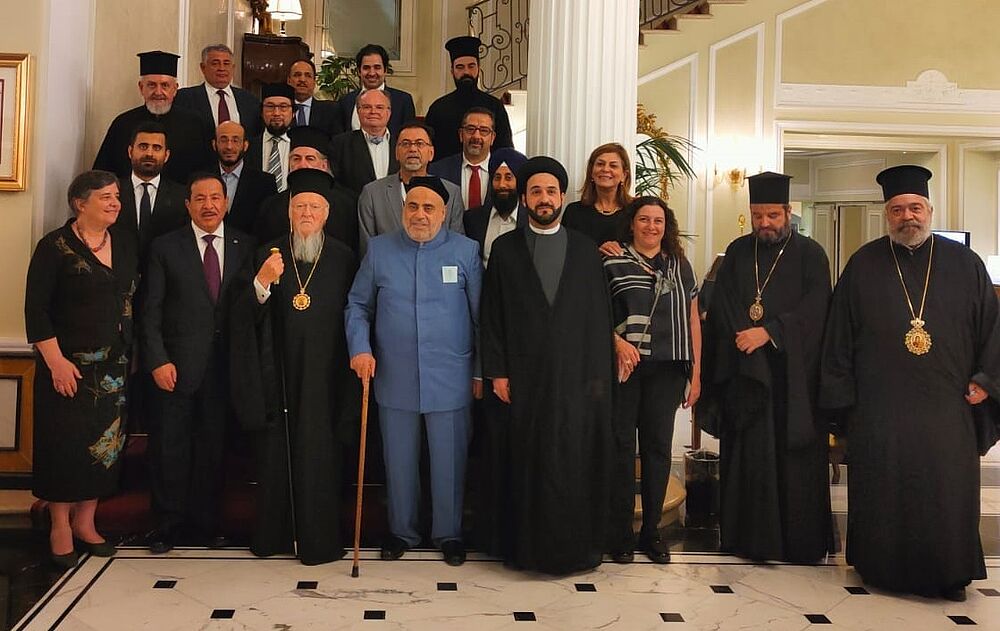 The G20 Interfaith Forum (IF20) in Bologna, Italy, called for closer collaboration between policymakers and religious actors to face current global issues. Many PaRD members and partners were among the attendees, including Peter Prove from World Council of Churches, Adam Phillips from USAID, Kirsten Muth from the Joint Learning Initiative (JLI), Prof Katherine Marshall, World Faiths Development Dialogue and Prof Azza Karam from Religions for Peace.

In their initial policy recommendations, representatives from different religions and academic fields agreed that there is a need for G20 leaders and nations to engage more systematically with religious actors. This engagement should happen as part of ongoing COVID-19 responses and regarding hunger, conflict and climate change. Because they are vital in identifying vulnerable people and addressing vaccine hesitancy, the role of religious actors in vaccination campaigns should be strengthened, according to forum participants. IF20 highlighted that inequalities in education and health have been deepened by the pandemic and that Covid-19 has also significantly affect already marginalised people.

The G20 Interfaith motto "Time to Heal" set the tone for the suggestion "to heal health, social, and economic fractures stemming from the COVID-19 emergencies and heal the conflicts and inequities that contribute to these fractures and are accentuated by them."

During the most tragic moments of recent history, religious-based actors have built bridges where terrorism and war or indifference have erected barriers.

How can access to water and sanitation and support for vulnerable groups like children be facilitated through the existing structures of religious-based organisations? Questions like these and others were discussed in the forum's 32 sessions. Participants focused on the commitment of religion and religious actors to sustainable development in different contexts. The role of religious-based organisations in reducing forced migration, human trafficking, modern slavery, and hunger was also examined.

It is time for alliances and a common search for solutions

In his speech at the G20 Interfaith Forum, Italy's Prime Minister Mario Draghi emphasised the fundamental role of religious actors in calling politicians to action. The prime minister said that the ideas expressed at the forum confirm the depth of the participant's engagement. Draghi went on to say that the proposals also "confirm the importance of knowledge and listening that are essential for an authentic culture of diversity, for a full acknowledgement of values that are based on our humanity." According to Draghi, during "the most tragic moments of recent history, religious-based actors have built bridges where terrorism and war or indifference have erected barriers".

Pope Francis also made similar comments regarding climate and migration challenges in a statement directed at the forum. According to the Pope, "it truly is no longer time for alliances of one against another, but for a common search for solutions to the problems we all face. Young people and history will judge us on this." As the participants of the IF20 meeting discussed the status of Freedom of Religion or Belief (FoRB), the Pope called on religious actors to raise their voice against human rights abuse and fight religious illiteracy and ignorance, which he regards as the root cause of fundamentalism.

PaRD Head of Secretariat Khushwant Singh presented examples and lessons learned from the COVID-19 responses of PaRD members, including World Vision International, the National Religious Association for Social Development (NRASD) from South Africa, and United Sikhs in a session titled: Post-Covid, Ethical and Practical Challenges of the Here and Now, Reconstruction. Singh pointed to the fact that during the COVID-19 pandemic, religious actors were help for many people worldwide. "They share crucial information on hygiene, social distancing, address vaccination hesitancy and fake news, offer psychological support through phone help lines in their communities, and distribute food, masks and oxygen. Many of those at the forefront are young people." He continued, "PaRD offers a safe space to draw on these experiences, exchange lessons learned and to create even more synergies between all key stakeholders for responses to future crises."