The action plan was launched on July 14th, 2017 by Secretary-General António Guterres at the United Nations Headquarters in New York City. 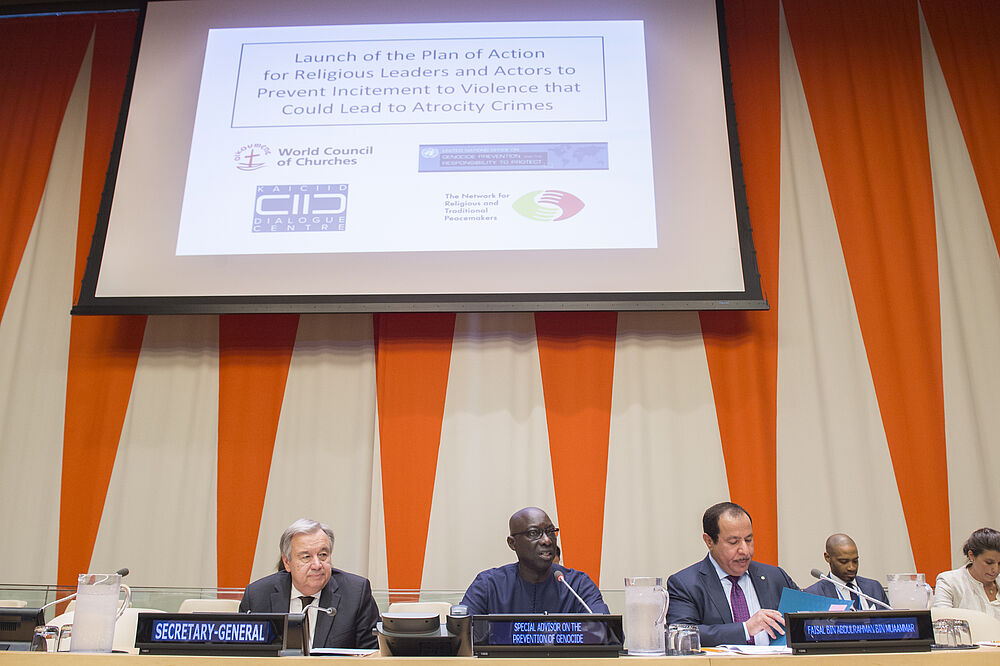 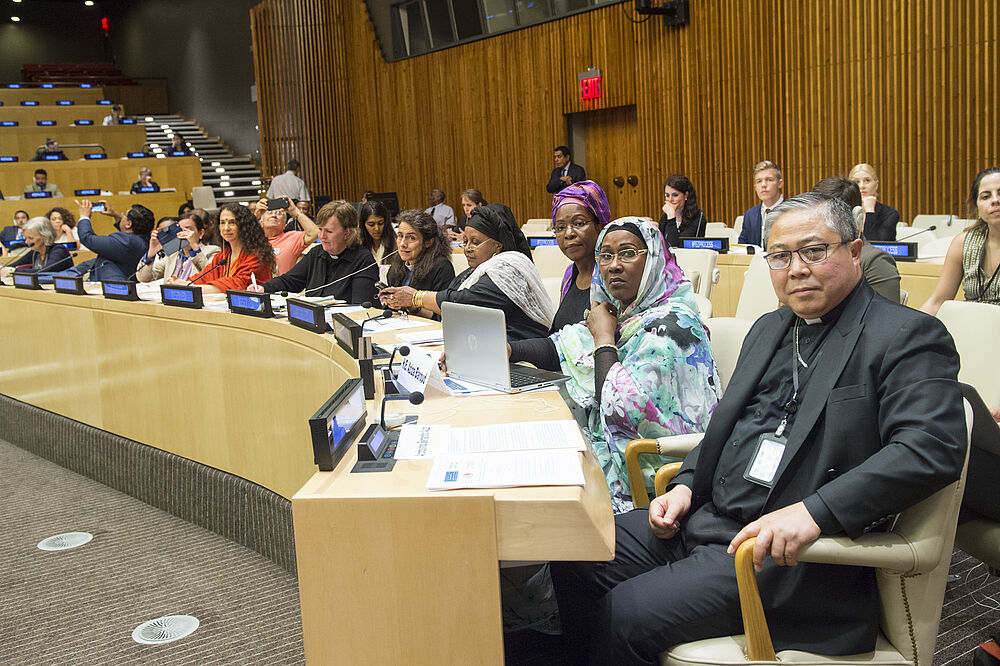 The first ever action plan specifically designed to enable religious leaders to prevent and counter incitement to violence - the Plan of Action for Religious Leaders and Actors to Prevent and Counter Incitement to Violence that Could Lead to Atrocity Crimes - was developed over two years of intensive consultations at the global and regional levels. The process leading to the plan was organized by the United Nations Office on Genocide Prevention and the Responsibility to Protect, with the support of the International Dialogue Centre (KAICIID), the World Council of Churches (WCC), and the Network for Religious and Traditional Peacemakers.

A total of 232 religious leaders and actors from 77 countries took part in the consultations.

Participants included Buddhists, Christians, Hindus, Jews, Muslims and Sikhs from different groups and denominations, as well as representatives from various religious minorities, including Baha’i, Candomblé, Kakai, Yazidi and humanists. At least 30 percent of participants at all meetings were women.

Implementation of the Plan of Action will contribute to the prevention of atrocity crimes, especially in areas affected by religious and sectarian tensions and violence and enhance the respect, protection and promotion of human rights, including the rights to freedom of opinion and expression, freedom of religion or belief and peaceful assembly.

All religions teach respect for life, and recognize human beings as fundamentally equal. - Antonio Guterres, Secretary-General of the United Nations

The Secretary-General of the United Nations continued by saying: "These principles summon us to show respect for all human beings, even those with whom we might profoundly disagree or whose cultures might seem alien. I urge the widest possible dissemination and implementation of this Plan of Action.  It can help to save lives, reduce suffering, and realize our shared vision of peaceful, inclusive and just societies in which diversity is valued and the rights of all individuals are protected.”

Adama Dieng, United Nations Special Adviser on the Prevention of Genocide said: “States are primarily responsible for protecting their populations from atrocity crimes, as well as incitement to violence.  But religious leaders can be particularly influential here, as they can influence the behaviour of those who follow them and share their beliefs."

Since religion has repeatedly been misused to justify incitement to violence, it is vital that religious leaders from all faiths show leadership in this matter. - Adama Dieng, United Nations Special Adviser on the Prevention of Genocide

Faisal Bin Muaammar, Secretary General of the International Dialogue Centre (KAICIID) said: “In our work with leaders of religious communities, we have seen an alarming spike in recent times of incitement to violence against people based on their religion, and in the misuse of religion to justify violence.  Religious leaders are keen to work together to find solutions to these pressing challenges.  Attempts to find solutions to these challenges have tended to exclude religious leaders.  A 360-degree approach which brings religious leaders, policymakers, and civil society to the dialogue table is the only way to build solutions that work.”

Dr Isabel Apawo Phiri, Deputy General Secretary of the World Council of Churches (WCC) stated: “The WCC is honoured to be working with the United Nations and the other partners in this important project, which engages a critical and often previously ignored constituency for a more peaceful world. We live in a time when some groups boldly and shamelessly advance religious justifications for the inhuman violence they perpetrate. While acknowledging the need for each of us to interrogate our own traditions and interpretations for sources of violence against others, it is of vital importance that the much vaster religious resources for peace and justice do not remain untapped.”

Mr. Antti Pentikainen, Executive Director and the Convener of the Network for Religious and Traditional Peacemakers, noted that “this unprecedented United Nations initiative has placed religious and traditional peacemakers at the center of the innovative Plan of Action to engage religious leaders and actors around the world in grassroots peacebuilding. The strategic inclusive engagement of these individuals constitutes a new and timely dimension in United Nations activities that aims to reach stakeholders working on the ground to promote peace among their friends, neighbors and follow community members. The Network is pleased to partner with the Office on Genocide Prevention and Responsibility to Protect, and we look forward to continuing this partnership to implement the Plan of Action as it falls within the parameters of our mandate.”

The Plan of Action is pioneering both in its focus on religious leaders and actors, and in the wide range of organizations and stakeholders that contributed to its development. It contains concrete recommendations to prevent incitement to violence, strengthen communities’ resistance to incitement, and build mechanisms for a united response. While the Plan of Action is intended primarily for use by religious leaders and actors, it also includes detailed recommendations for others, including States and State institutions, secular civil society organizations, and new and traditional media.

Preventing atrocity crimes and their incitement is a multilayered endeavor that is most likely to succeed when different actors are working collaboratively with the same objective.

At the launch meeting, religious leaders and actors, the United Nations, Member States, and civil society  discussed strategies for the implementation of the Plan of Action and the coordination between religious leaders and implementing agencies.  Important next steps include the dissemination of the Action Plan among Member States, relevant UN agencies and other stakeholders.

Read the Plan of Action here  or visit the United Nations Office on Genocide Prevention and the responsibility to Protect's website here.

Back to News Archive