The PaRD Gender Equality and Empowerment Work-Stream focuses on SDG 5: achieve gender equality and empower all women and girls.

The work-stream focuses its work on the topic of sexual and gender-based violence.

While it must be acknowledged that religious actors can be part of the problem of gender injustice by underpinning discriminatory practices, they are increasingly becoming, and seen as part of the solution.

The work-stream pays particular attention to increasing understanding of this crucial topic as well as improved religious literacy within the international community and in religious communities and organizations. To that end, the work-stream is working on a comprehensive analysis of religious engagement on sexual and gender-based violence as a baseline for its future activities.

The work-stream focuses on achieving gender equality and empowerment of all women and girls. The work-stream aims to achieve this goal through knowledge exchange among actors, capacity building and advocacy actions. For instance, 2019, the work-stream collaboration with the Danish, Canadian and UK Governments to host two advocacy events during the 63rd Commission on the status of women (CSW), NYC, 11th-22nd March 2019.

The second key area, Knowledge Exchange, aims to address gaps between religion and gender equality. In March 2019, the work-stream together with the Joint Learning Initiative on Faith and Local Communities published the Religion, Development and Gender Based Violence Report. A new report Looking Back to Look Forward: The Role of Religious Actors in Gender Equality since the Beijing Declaration will be published in 2020. The report aims to review the roles religious actors have played in advancing and hindering gender equality since the adoption of the Beijing Platform for Action in 1995; identifying strategies to overcome current barriers; and provide an understanding on the roles attributed to religious actors in UN policy documents.

The PaRD Gender Equality and Empowerment Work-Stream will furthermore host a series of interactive dialogues. With different members, and invited guests, creating a space for diverse stakeholders to engage on gender equality, religion and COVID-19. Alongside the hosted dialogues, they will share a call for Papers for religious actors to co-create a publication on Visioning a Just World Post-COVID19: Religion, Sustainable Development and Gender Justice. To encourage participation from new voices, they propose awarding 8 papers selected for publication, a small travel bursary to support their participation in the General Assembly of Members in South Africa, September 2021. 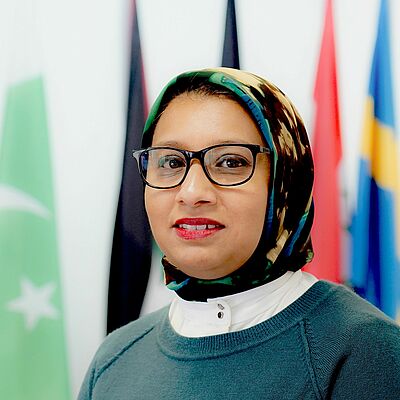